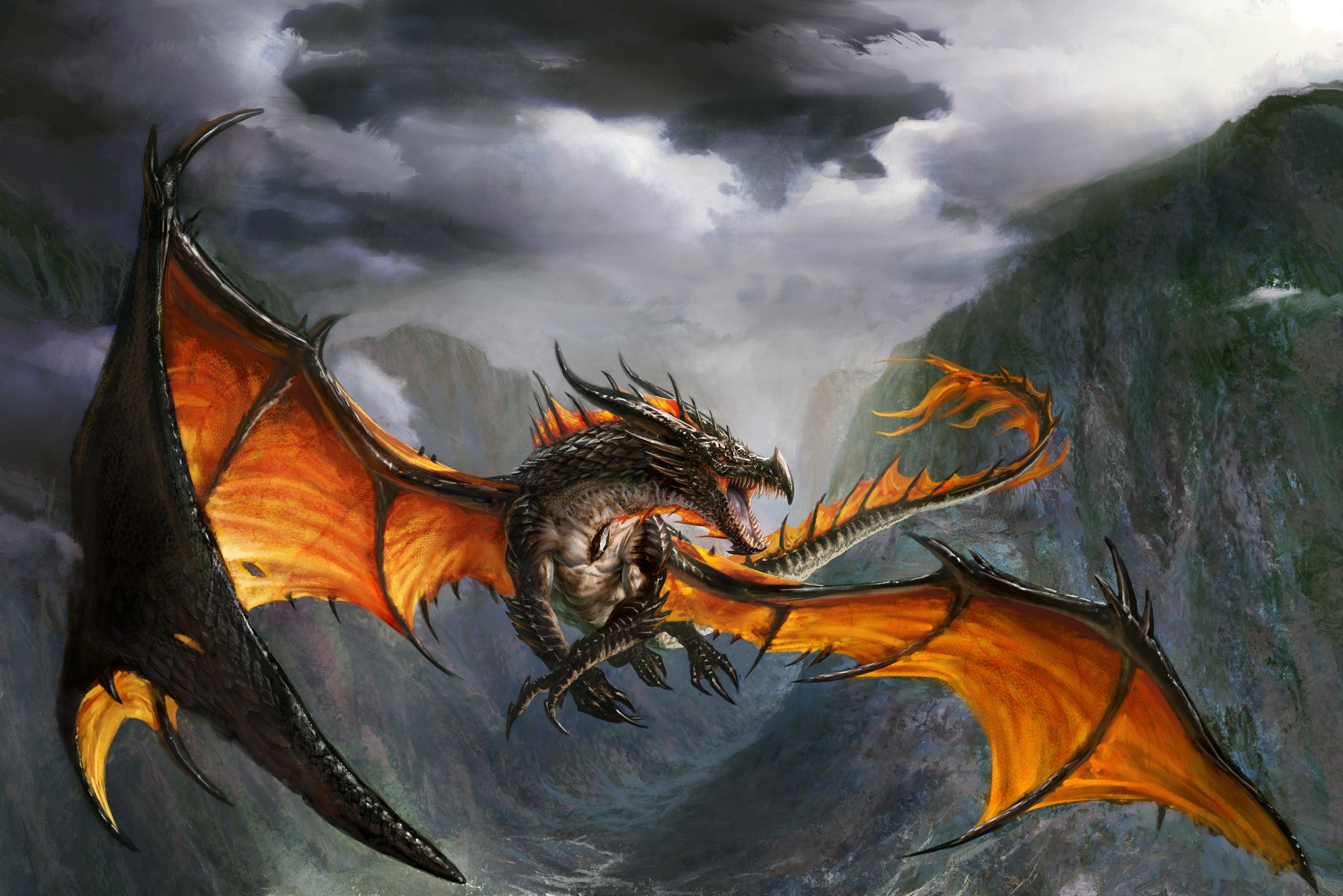 Lightning ripped across the sky as Amina faced Rubis. The two massive dragons flew around each other, circling above the canyon like prize-fighters; Amina’s glass horns and talons shimmered as bright as Rubis’s rubies.

“You recognize each other,” Jain said, feeling a tug on her emotions. Her Spark let her control Amina, yes, but it was a two-way street; she could feel Amina’s emotions, too.

A wave of deep sorrow washed over her. Amina had once ruled over the gemstone dragons as their protector and queen; and yet, for the last year, she’d been forced to do Jain’s bidding.

In a mental thunderclap, Jain saw Amina’s memories of the day she’d been imprisoned.

It was dark. Jain led the charge, her band of assassins striking in the dead of night. They’d proven themselves stealthier than most, and more prepared than any. They attacked Amina’s obsidian castle while six of the legendary gemstone dragons slept.

Blood. Flesh. The taste of iron and pennies as Amina killed most of Jain’s band, giving time for the others to escape.

Rubis reared back; the rubies closest to her wingtips lit up scarlet; the light shook inwards, glowing underneath the skin until she let loose an inferno.

It was enough to shake Jain out of the memory and force Amina to duck.

Shadow rimmed with blue light filled her glass horns and streaked behind as Amina fired them like rockets. The shadow formed new horns instantly, allowing her to fire again and again, like a more powerful repeating crossbow.

They struck their mark, chipping off more and more rubies, which fell like broken-up pieces of a meteor.

These rubies, too, erupted in a conflagration of fire and energy, forming identical whelp-spirits.

Jain forced Amina to rise. The whelp-spirits followed, cawing all the time.

Too many, Jain thought as Amina fought wave after wave off, rising higher and higher. We didn’t knock that many rubies off! 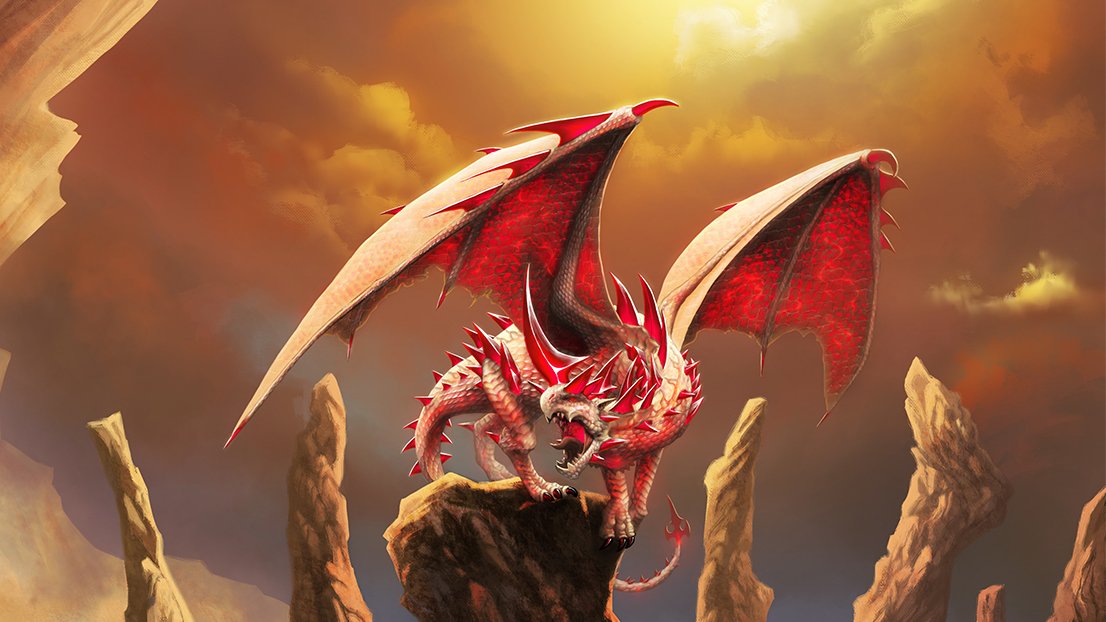 Rubis hovered stationary below them, staying away from the thunderclouds and lighting.

She’s doing it on purpose!

It was true. Rubis let rubies fall from her wings in droves, each one taking shape and attacking until Amina’s entire massive body was lit by fire.

Fiery light filled her wings, shot up her neck and out of her jaws in an even bigger display of power than before.

The inferno took the form of a giant fire spirit before collapsing into a flaming orb and smashing against Amina’s obsidian heart.

Amina bellowed and craned its neck to escape the flames.

“Steady!” Jain called, doing her best to avoid catching on fire from the whelp-spirits. “STEADY!”

The two dragons clashed in a mass of fire and shadow.

Shadow-energy formed in Amina’s obsidian heart and similarly darkened her skin as Rubis’s fire had lit hers until it erupted from her mouth.

Amina did not breath fire; she breathed pliable shadow. In this case, a tornado.

The dark tornado swept the whelp-spirits up in its eye and became alight as Rubis reared and let loose a third assault.

Amina was even closer now, and Jain willed her closer, still. The fire-tornado raged behind them, sucking up snow and lightning and destroying stalagmites and any village stragglers as it zipped across the landscape.

Jain got even closer, until she was eye to eye with Rubis.

She leapt, unleashed her sword, and slammed it into Rubis’s open eye.

Her roar of pain, surprise, and anger almost masked the lightning strike.

Lighting, wider and thicker and more powerful than any natural discharge, struck Amina’s obsidian chest. Then another strike. And another.

Three strikes in quick succession, each with the power to shake the very world.

A strange wave of relief overtook Jain; it was the last thing she ever felt from Amina, as the obsidian cracked and with it, the Spark broke.

Amina, newly freed, slapped Jain with her wing and sent her sprawling.

I’m going to die, Jain thought as she plunged. She saw in the dark clouds above lightning bolts taking shape. 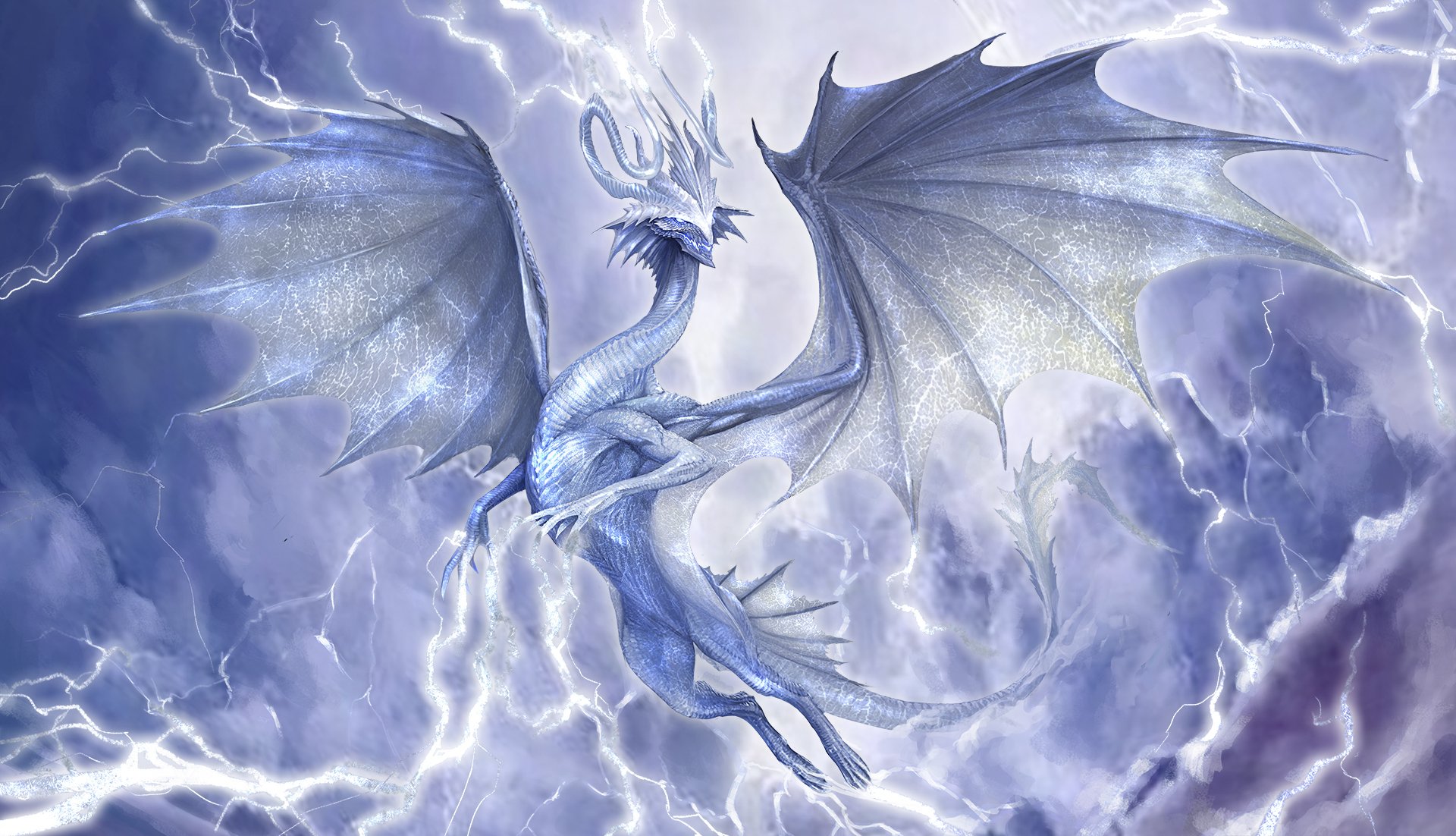 Jain stirred and opened her eyes.

Seven villagers hovered around her, their bodies formless underneath their blue overcoats, their faces identically rimmed with fur-lined hoods.

Every bone in her body hurt. She tried moving her legs but felt only a burst of pain. She tried her hands — no luck. Not even a finger.

“She’ll live,” said a man she couldn’t see. “But her body is broken. She can hear us and understand, but she’ll never talk again.”

The man approached. A fresh chill swept through the cave, distinct from that of the snowstorm raging outside.

He wore all black.

“Unless,” he said, coming into her line of sight. “She would like to serve me.”

The villagers backed away, making room for him.

Who are you? she thought.

A traveler, he responded, silently.

Fear gripped her heart. He could read minds and respond in kind.

Yes, I can, he said telepathically. And that is just the beginning of my power. You displayed impressive skills in the battle. I could use you. What about it? Will you join me?

Recognition dawned on her. It’s impossible…

It couldn’t be. He was a legend. Long-dead, if he ever lived at all!

“Can I take that as a yes?” Saturion said aloud.

She tried to wriggle her fingers, to sit up, to yell.

…Yes, she thought. Yes, I will join you.

A wide grin cracked across Saturion’s face. He rose both arms into the air. Darkness and shadow formed in his hands as he called forth the Black Dragon Shield from nothingness.

The villagers shook and trembled like fish on invisible hooks as the Shield sucked their souls from their mouths.

Saturion placed the Shield over Jain’s body; the souls formed a miniature, dark tornado, not unlike Amani’s ultimate attack. The tornado of souls entered her through her eyes, her ears, her nose, her mouth, healing her body, giving it— not life, but something far more sinister.

The first thing the reborn Jain Stehr did? 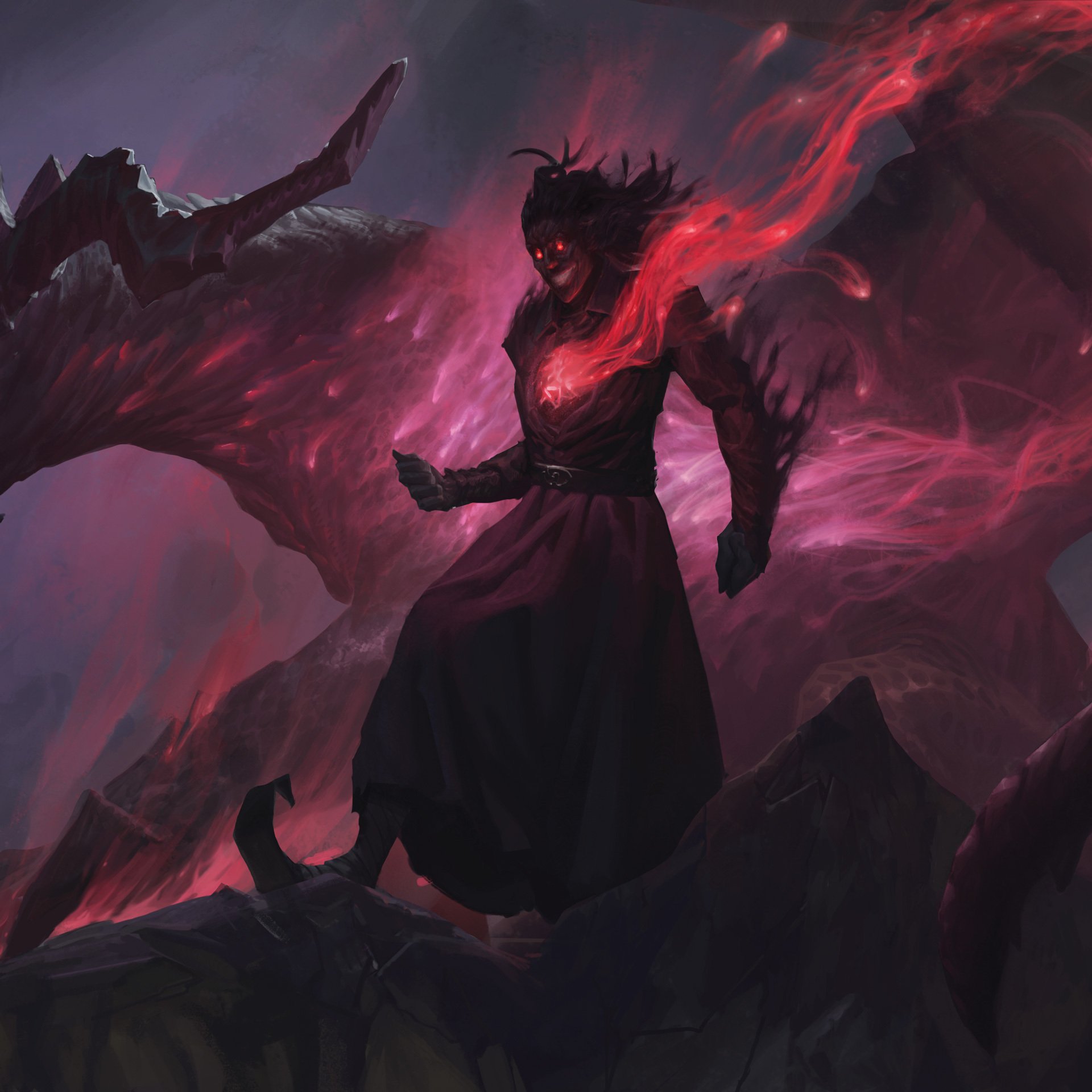